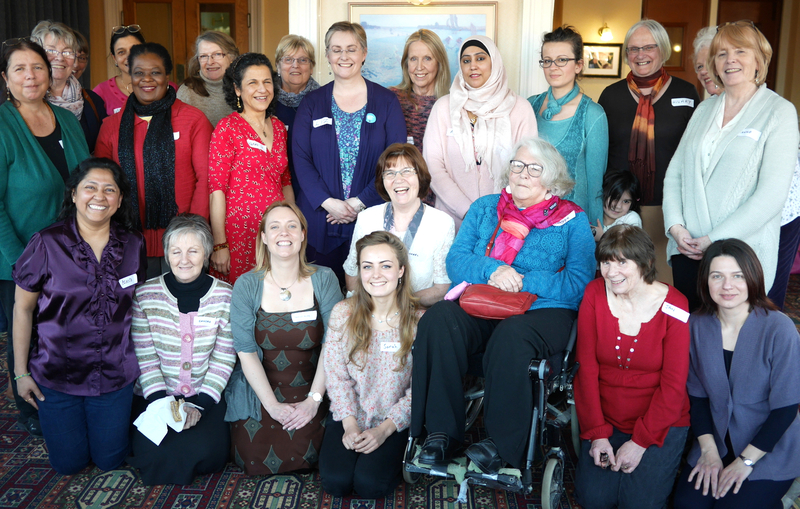 Interfaith Scotland supports three local women’s interfaith dialogue groups in Glasgow, Edinburgh and North Lanarkshire. Click on the links below for more information about these groups.

Women of Faith and Community (Glasgow)

Discussion is always lively and has been described as as ‘a very positive and nourishing experience which gave a boost to my flagging hope for humanity’.

The event was hosted in partnership with Bridging the Gap, a Glasgow-based charity that supports refugees and asylum seekers.

We hosted an event called ‘Women and Leadership’ in May 2020 with Professor Susan Madsen. The event focused on developing women’s leadership through strengthening identity, purpose and confidence.

Health and Wellbeing for Body and Soul

From 2015-2018, we hosted interfaith dialogues on the theme of ‘Health and Wellbeing for Body and Soul’ looking at the links between spirituality and health. These took place in Dumfries, Stirling, Forres, Edinburgh and Dundee.

From 2015 – 2019, we hosted a lively ‘Women’s Interfaith Fair’ to celebrate Scottish Refugee Festival with over 100 women in attendance from different nationalities and faiths.

Values and Visions for the Future of Scotland

In the build-up to the Scottish referendum in September 2014, we hosted a number of women’s dialogue events on the theme of ‘Values and Visions for the Future of Scotland’. These took place in Dundee, Aberdeen, Glasgow, Inverness and Portree.